END_OF_DOCUMENT_TOKEN_TO_BE_REPLACED

San Francisco, March 2, 2020 - In reaction to the Coronavirus emergency, data sharing and mapping provider Relola announced today that it is making its QuantaStat platform available for free...
END_OF_DOCUMENT_TOKEN_TO_BE_REPLACED
All Posts

There are a lot of considerations that homebuyers and the agents they work with have to take into account when buying a home. A home is a huge investment, making it one of the most researched and debated choices we make. Buyers often consider variables from great schools to walkability, public transit and proximity to night life.

One aspect that’s a top concern of many, but which can’t be easily quantified? Crime.

As housing booms and waves of new arrivals price many out of those enclaves deemed 'safest', many middle income and younger homebuyers find themselves buying into “transitional” neighborhoods long plagued by perceptions of danger and crime.

But what does that really mean?

For something so emotionally charged as feeling safe, there’s strong evidence that we don’t assess crime data very well. For instance – from 1993 to 2014 the crime rate nationwide dropped by nearly half but we, as a nation, don’t feel all that safer.

There are ways to cope with areas with high property crime – like making sure to never leave valuables visible in your vehicle. We can adapt to many inconveniences in the pursuit for the right house at the right price making the each individual’s crime tolerance highly subjective.

Let’s say that crime is your buyer's number one concern, and wants to base the housing search around the safest neighborhoods of your community. How do you go about doing that?

It puts you in a tough situation. On the one hand, you are there to serve your client. On the other, Fair Housing regulations are very specific about what you can and cannot disclose.

Websites such as crimemapping.com or crimereports.com are a start – but they’re only as useful as the data going into them. Some precincts don’t report their data in a timely or complete fashion.

In recent years federal guidelines have had to be amended to create uniform rules for crime reporting. There are, after all, “lies, damn lies and statistics,” and for any number of reasons a crime may not be reported, recorded or even investigated. The same goes for crime “heat maps” found on some sites. Lumping an entire neighborhood together by a color-coded system belies the reality that crime can often be concentrated on a particular block or home.

So what’s the best alternative for finding out about your buyer's prospective neighborhood’s crime risk? This can be tricky for agents, who are bound by ethics codes and federal guidelines to deliver facts, not opinions.

One option is to connect your buyer with the local police department and ask for a community affairs officer who could give an opinion from the perspective of law enforcement. 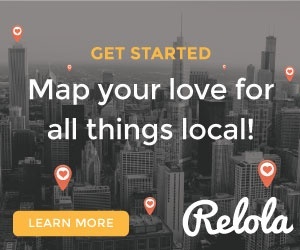